Creating art with children is one of my favorite things to do.  So naturally, I saved my own children's art, their colorful illustrations and all their Christmas decorations they created.  The photo of my son, Jason was inside of a decorated glass ornament.  I hang them on my tree every year, to remind me of the happy memories of Christmas's that have past. I was going to post some of my prized possessions, but I'm saving them for a book. 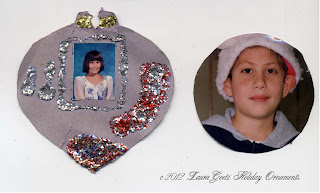 The photo above of my daughter, was a reference for the Mary, Mary Quite Contrary, Mother Goose Nursery Rhyme. 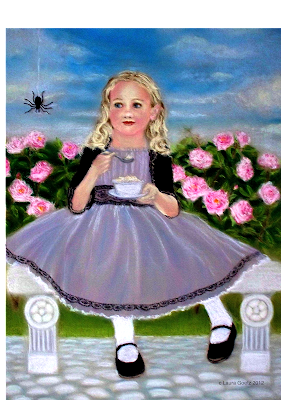